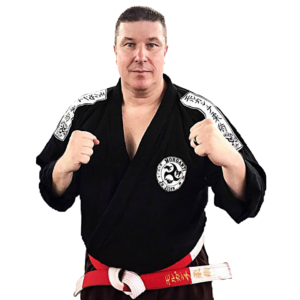 At the beginning of the 19th century, Brazil received a strong immigrant flow, and in this process, several cultures came here to start a new life. The continent was very promising in riches and opportunities. Each of these peoples brought with them their share of culture, which contributed to what we conceive of Brazilian culture today.

In the midst of this cultural diversity, which contributed to forming our national character, lays the oriental culture, specifically the Nipponese. Thus, martial arts in Brazil results from this Japanese influence and is already part of the national culture.

Adapted to local conditions, Mr. Paulo Morganti trained with descendants of the ancient art known as Japan’s Ju-jitsu and, as tradition works, such art is passed down from father to son. Thus, Mr. Paulo – who even trained with the stars of the first Brazilian TELECATCH (The Ring Giants), started his son, Ricardo Morganti, in what later became known as Morganti Ju-Jitsu. The style was born with the name “Morganti Method of Martial Arts – a curricular proposal for children from 1st to 4th grade of Elementary School” that had the objective of offering greater contact of the child with the martial medium.

In 1998, Shihan Ricardo Morganti was invited on a special condition to participate in the World Championship in Vancouver – Canada. Of the five athletes who competed, they won five medals for Brazil, three of them gold.  This fact resulted in another invitation; Shihan Ricardo Morganti became director of the ISJA (International Sport Ju-Jitsu Association), which has as a founding member Black Belt Hall of Fame member Professor Wally Jay. Soon, Morganti Ju-Jitsu became the style that exclusively represents Brazil. In the subsequent world championships, the Brazilian success story was maintained: in 2000, in England, Brazil Ranked 2nd by team; in 2002, in South Africa, finally, Brazil wins the so dreamed world title by teams. On that date, Shihan Ricardo Morganti was appointed president of ISJA and holds this position until 2008.

Still in 2002, Brazil won in a vote the right to host the next world championship that occurred in 2004 and had more than three thousand people, in the Gym Ibirapuera. Big and satisfied public that conferred Brazil becoming double champion world, In 2006 the world championship happened in Mar Del Plata (Argentina), where Brazil was tri-world champion.

After this period the growth of Morganti Ju-Jitsu was exponential and the idea was born that we would no longer participate in events of other Federations, but rather that a Federation of its own be created, so in 2008 the World Morgani Ju Jitsu Federation was born, All of Morganti Ju-Jitsu practitioners scattered around the world, and in 2010 Brazil hosted the first ever Morganti Ju-Jitsu world championship in the military circle in São Paulo, with a massive presence of athletes (3000) and crowded public facilities. First step had been taken, and since then the modality has spread throughout the world.

In 2009 the Shihan Ricardo Morganti forms its first 5 Masters, and then passes to the title of Grand Master (Shidoshi). 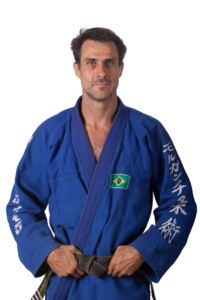 “BENE” – CH VON BENECKE, was trained by Master Richardo Morganti, from Brazil. Sensei Bene introduced Morganti Ju-Jitsu during the 2003 SA Ju-Jitsu Championships and become the SA champion. Since then he has promoted the sport and competed and became a World Champion in 2006. He received his National colours and was appointed the S.A. Team Coach in 2010. In 2016 The SA Morganti Team qualified second overall at the World Champions held in Bahia Brazil. In 2017 he competed in the South African National Championships and won Gold, making him the 2017 Middle Weight Champion.

He is the official Morganti Brazilian Ju-Jitsu representative for Africa and the head Coach and Instructor for Morganti Ju-Jitsu, Morganti Contact Championships (MMA) and Morganti Combative Self-defence. 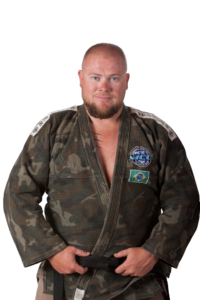 Sensei Rhyn Van Rooyen is an affiliated Morganti Instructor. He won a World Champion Title in 2013 at the United Nations and was the SA champion for 2013 – 2015. He received his National Colours when he was appointed the Assistant Coach and represented South Africa in the 2nd World Morganti Ju-Jitsu Championships in Bahia Brazil.

The History of Morganti Ju-Jitsu

The Meaning of Oss